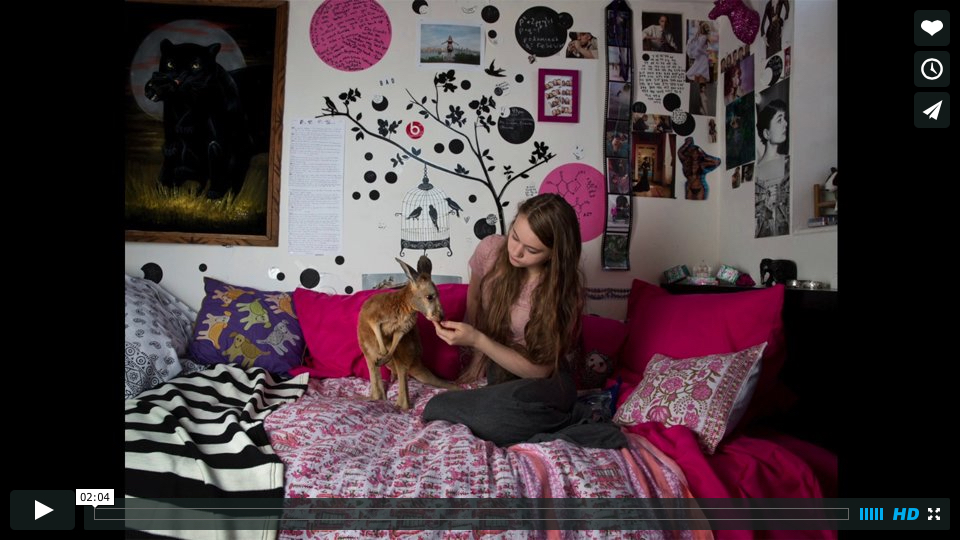 This video was an update for kickstarter supporters of "Amelia and the Animals" by Robin Schwartz, a photobook of her ongoing series with her daughter Amelia. The project was successfully funded on May 31, 2014.

Amelia Paul Forman is fifteen years old. In many ways, she is your average American teenager. However, not every teenager has a mom who is a world-class photographer with a predilection for photographing animals, and not every teenager has portraits of herself with elephants, llamas, ponies, tigers, kangaroos, chimpanzees, endless dogs, cats, and other animals—portraits that hang in the collections of art museums around the world. Since she was three years old, Amelia has been her mother’s muse and the subject of her photographs.